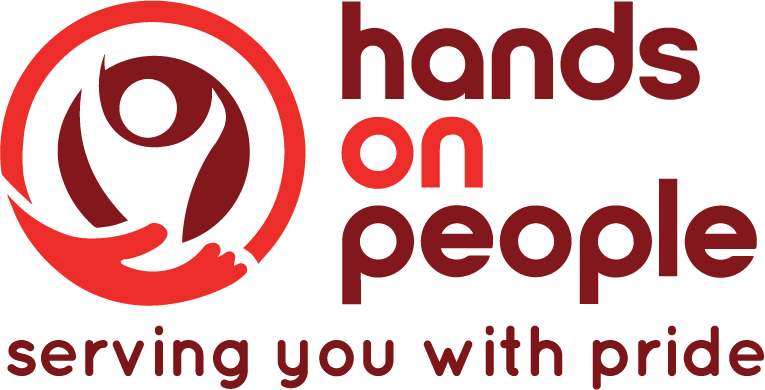 A Chat With The Starting Crew

It All Starts With a Dream

“The dream started in 2014 when I worked in the hospital as a social worker,” said Sajesh. “My base knowledge is social work. Although, I started my career in Australia as a support worker. 2009. I have gone through several roles within the social and disability sectors, starting work as a support worker for people with disabilities, for people with disadvantages, working with youth clients, and eventually a social worker in the local hospital.

One of the key issues within the hospital is that we couldn’t find any accommodation for the patients to be discharged to, and it was very hard to get the services that support patients after they leave the hospital.

So, I thought why I can’t start my own business of helping people with disabilities. So, we had friends that support my dream, and we started the business as partnerships. With my wife. She was my business partner then we started that one in 2017 with supports from other friends as well. And then we realized 2018 because it’s a partnership we were not able to get any grants from the government, so we stop the partnership we change it to a company. The company is incorporated on June 19, 2019, which is Hands on People.”

I was doing everything by myself in the beginning, while continuing my work in the hospital. I soon realized that I didn’t have enough time. Having 12 participants of that time. It was very hard. The company was only doing support coordination. Being involved in knowing what people with disability needs, we realized that people need a lot of different areas of supports. Supports in terms of community participation, daily care support, et cetera. I had to look for people to work with me.

So, one of my friends said that there is one guy who came from Melbourne looking for a job and he is looking for a job in this industry. I first met Bibin at the hospital and then I took him to a plan implementation meeting. 9 October 2019, he joined with me”

“Because of my background and my passion, I have that nature of supporting people, having a disability or not” Said Bibin. “I would like to say where I was studying, my colleague and friends used to call me ‘Universal Brother’. I love to help my friends and colleague around me. I believe that I do have the instinct that comes naturally with helping people.

When I first came to Australia, I thought I was navigating through a lot of different jobs in different sectors and trying to figure out what I can do. Apart from my master’s degree in Public Health, I also did my Certificate IV in Disability. I worked in Aged care for one year. I have expanded my career to aged care, day centre, and I also got the opportunity to work with the department of health and human services in a regional area in Victoria called “Echuca.” I don’t get tired when I’m in this industry. I don’t feel like I was doing a job. I just do like my routine, that’s what I feel.

I decided to relocate to Darwin with a commitment to expand my career. I didn’t have any hope or idea about jobs in Darwin or anything. I was looking for jobs as any person would, through job-seeking websites and so on. I could see through those platforms that there are jobs available from reputable Organisations. I came to interview for a job advertised by Hands on People, and that’s when I met Sajesh.

When I first came joined, I had multiple roles due to the growing nature of the Organisation. I wore many hats. But I was determined to make it work. I adapt to the challenges of whatever comes, and I just accompany Sajesh in different areas that he needed from the role of a support worker to a care coordinator/ health promotion officer.

However, providing NDIS services was new to me. I was confident as a support worker. But in terms of other areas, I wasn’t that confident.

I have been with Hands on People since it was small, and I have seen it grow ever since. Like watching a small seedling becoming a tree. I have witnessed and experience growth that is very close to my heart.

That’s why, when I was given the job. Even though I delegate, I monitor everything closely, so I ensure that the quality of service is delivered with as much thought and passion as I have with the company. But I can safely say that the trust that I’ve invested in Sajesh as my mentor, has brought me to this stage. And I learned a lot from him, also I continue to learn every day”

“I didn’t start as a Finance manager,” said Preeti. “When we first started there were a lot of necessities in terms of account payments, account receivables, rostering, payrolls…

I came for a support worker job as I was happy to do anything. I was volunteering at some charity Organisations. I told my colleague that I was ready to do anything because I didn’t have any job. There were a few things advertised and one of them was the support worker role by Hands on People. So, my colleague told me to just give them a call. Give them a call, you’ll never know what’s going to happen”

“ I know Indian mentality,” said Sajesh. “I first started as a carer and many people won’t like that job. And many people are only doing the job because they don’t have any other options, but not because they wanted to do it from their heart. And so that I know how she is going to do that job. So, I decided that it’s not a good idea to make her a support worker. But after 2 days I rang Preeti and said that we are looking for some admin staff. I cannot guarantee any hours, but I told her to come for 3 days a week. Four hours each and just see how things work”

We didn’t have any transport to offer her at that time, so she took the bus. 2km of walks every day. She didn’t have a car, but she was determined. She took a few routes from where she lives, and she comes to work early even by bus”

“I felt like he trusted me, I didn’t even know how XERO works, so I started to work and learn from that” said Preeti. 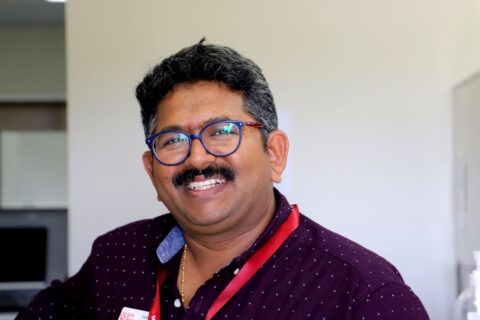 “I would say that whatever we have achieved, it is because of these two. I can’t think about a day without these two guys. Whatever we have achieved, with good and bad days, these two are there taking crucial parts of it. The one thing that I’ve heard from people about what we do well is our flexibility. And it comes from how Bibin delivers, and how he prioritizes participants above and beyond. And also the strong structure. That’s because of Preeti”

So Sajesh, How has your experience been so far?

“It has been a tough journey. We haven’t fulfilled what we dreamt. But we are on the pathways of achieving one by one, and all the time we find new things that we can work on.

My next goal is aged care, community nursing, and more community involvement.

When I first entered the disability sector I wasn’t aware that we could’ve done a lot of things. There are lots of opportunities that we can tap into anytime. If you are asking am I happy now? I would say no. because we still have lots of things to do. Happy but not satisfied. In terms of company growth, it’s very good because we have 90 staff. We have 63 clients. We have helped 100+ clients now for the last 2 years. But there are lots of things to do in terms of improvement. And also The Inclusion Centre, and we need to do lots of things about that. This is a place where people came and feel safe and pure support. I want people to know that. But then we also have branches in Katherine and Alice Springs now. And soon we are opening The Inclusion Centre at Katherine as well. So that was a big step that we took this year.

The experience so far signifies a lot of growth but I’m still hoping to be a bigger part of the community especially.”

What is your ultimate hope for the future in terms of the caring industry?

“I think that there should be more attention given to the wellbeing of the carers/support workers. We always talk about people with disabilities, but we are not talking about carers. We are always blaming the carers if anything goes wrong. Because we never think of things in the shoes of the carers. We need to listen to them as equals. I would like to create programs that can train and improve the skill and wellbeing of the carers. If we are not catering for them well, we are not going to be able to have a great service delivery towards the clients. It will not have the impact that we want because everything goes through from the carers” Hands on People of The World

Hands on People is no stranger to casual Fridays. But since it’s a celebration of Harmony Day, we’ve decided to take it up a notch. … Why Community Participation? Involvement in community activities in non-segregated spaces would help people to learn to learn new skills or brush-up their hobbies. It also … 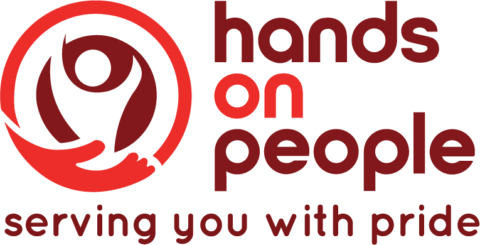 Hands On People acknowledges the traditional owners of this land
and pays respect to elders both past and present.